Thought For The Day - Daniel Greenberg

In her press conference on Monday, Nazanin Zhagari-Ratcliffe said that her freedom will never be complete while others remain detained behind her. This statement struck a particular chord for me as an Orthodox Jew preparing for the celebration of freedom in the Passover festival in three weeks’ time.

Passover preparation has a spiritual and a physical component: and in focusing on the spiritual element as preparing to relive the Jewish people’s release from slavery to freedom in ancient Egypt, we are encouraged to think generally about freedom and slavery, ancient and modern.

The Bible says we should love the outcast because we were outcasts in the land of Egypt. Based on that idea, Magen Avot, the Hendon synagogue to which I belong, this week launched our solidarity mission with the Uighur Muslim population in China as part of our very personal preparation for the freedom experience of Passover.

The Uighur Tribunal established in 2020 at the request of the World Uyghur Congress delivered its judgement on 9 December 2021 and found at paragraph 95 an intensification of anti-Uighur policies in 2018 which it describes as being designed “to break their lineage, break their roots, break their connections”, with “policies and plans for birth control, sterilisation, forcible labour transfer” and other atrocities. There is a striking and chilling similarity between this plan of action and the Biblical account of how the ancient Egyptian Empire tried to use a combination of forced labour and infanticide to destroy the spiritual heart and soul of the Jewish people.

In Magen Avot many of us felt that we could not celebrate Passover this year happily knowing that this slavery and genocide experience is being relived by Uighur Muslims, who are being persecuted for their faith as we were once persecuted for ours. Like Nazanin Zhagari-Ratcliffe, we feel our freedom is not complete so long as it is denied to others.

So in this year’s run-up to the Passover festival we will be concentrating on expressing our solidarity with and love for the Uighur Muslim people in every way possible, encouraging commercial and political diplomatic pressures to ease their plight, and hoping and praying that the blossoming spring this year will bring hope and light to all oppressed, enslaved and imprisoned people around the world. 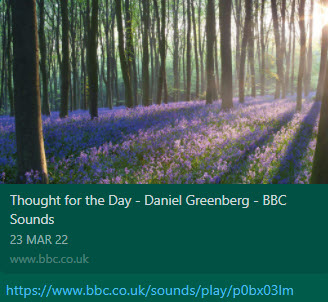